Promoting stability in the scientific names of birds, in accord with the International Code of Zoological Nomenclature

The Working Group on Avian Nomenclature (WGAN) is the International Ornithologists’ Union’s forum for monitoring the scientific names of birds. Its aim is to serve as an “honest broker” in avian nomenclature, and to work in the interests of all ornithologists. Stability in names and their spellings is a core goal. To achieve this, the WGAN

In the past, the WGAN, as the Standing Committee on Ornithological Nomenclature, focused its attention on applications to the ICZN to conserve threatened names in wide use. This role continues, but the WGAN is broadening its scope on other fronts. One is to interact with the ICZN to improve the working of the International Code of Zoological Nomenclature and the cataloging of avian names available for use in nomenclature. Another is to liaise with media and IOU members generally, and global checklist publications in particular, wherever guidance in avian nomenclature is required.

The WGAN does not, however, deal with avian classification in any form, either with the taxonomy of species and genera, recognition of orders and families, or the establishment of a world wide list of avian species and subspecies arranged in genera, families and orders.

Scientific names are badges that communicate taxonomic identity. That is their essential purpose. To serve that purpose effectively, names need to stay stable through time and change only when identity shifts, through lumping or splitting. Such change is necessary to track the shift in identity; and it carries biological information about systematic relationships. Names are also regulated by the International Code of Zoological Nomenclature with the same objective: to maintain stability. One of its core principles for promoting stability – priority – is the precedence given to names and spellings first published for a taxon. On-going discoveries of early published names, nevertheless, occasionally upset, and thereby destabilize, familiar names in use today. In such cases, the imperative link between badge and taxonomic identity can be disrupted by often minor man-made rules that carry no biological information. Accordingly, wherever long-established and widely-used names and their spellings would be upset by its rules, the Code makes special provision to conserve those names. That purpose is set out in the Code’s short Preamble which is an integral part of the Code and which establishes the Code’s functions. Concerning stability, it says: 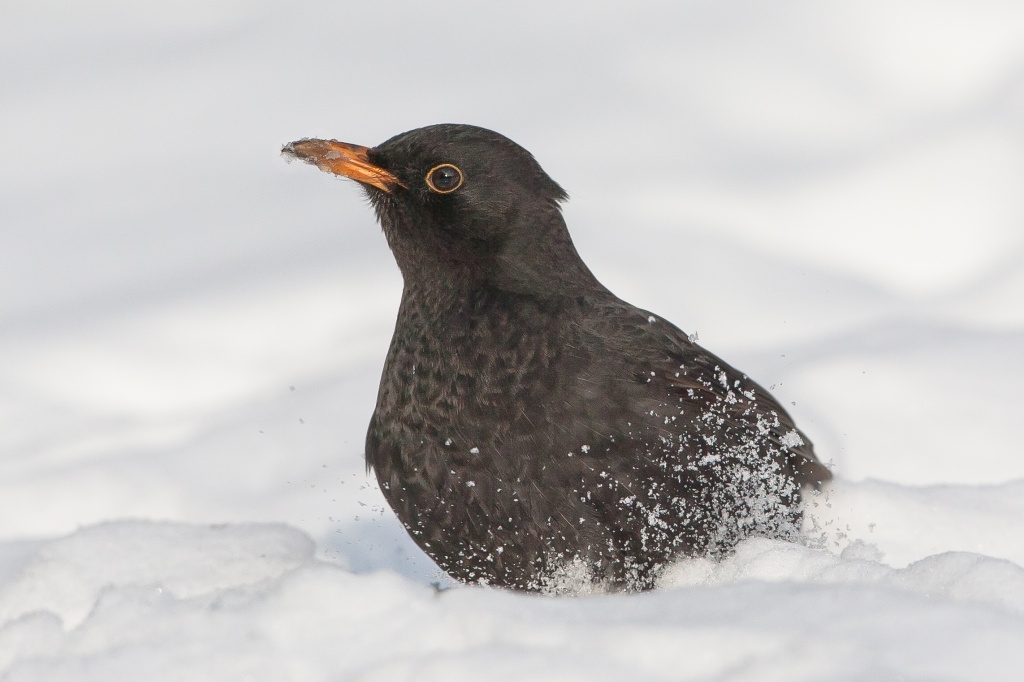 “Priority of publication is a basic principle of zoological nomenclature; however, under conditions prescribed in the Code its application may be modified to conserve a long-accepted name in its accustomed meaning. When stability of nomenclature is threatened in an individual case, the strict application of the Code may under specified conditions be suspended by the International Commission on Zoological Nomenclature.”

The WGAN is guided by this approach and follows the Code in all its actions, in the tradition of its predecessor, the Standing Committee on Ornithological Nomenclature.

The WGAN is founded on the Standing Committee on Ornithological Nomenclature (SCON) of the former International Ornithological Committee (IOC); and it continues the SCON’s work today. Formed at the 10th International Ornithological Congress at Uppsala in 1950, the SCON was the oldest serving Standing Committee of the IOC. Founding members included Ernst Mayr (USA), Erwin Stresemann (Germany) and Finn Salomonsen (Denmark), the last two as subsequent Chairs. Since then Charles Vaurie (USA), Eugene Eisenmann (USA), Walter Bock (USA), Richard Schodde (Australia) and Frank Steinheimer (Germany) have taken turns as Chairs. Two of its longest-serving members, Ernst Mayr and Walter Bock, also served successively as Commissioners on the International Commission on Zoological Nomenclature.

Over the past 25 years, nearly 20 applications to conserve in-use names and spellings have passed through the SCON and WGAN to the International Commission on Zoological Nomenclature. All but one so far have been successful. Several other opinions on correct names, all in wide use, have been published in the journals Zootaxa and Bulletin of the British Ornithologists’ Club. Significant among them are

In 1994, Professor Walter Bock also published, on behalf of the SCON, a comprehensive list of family names in birds, with synonyms. This will form the basis for a future list of available avian family group names, to be submitted to the ICZN for approval in their Lists of Available Names in Zoology. It is accessible under the title “History and Nomenclature of Avian Family-group Names” on the Biodiversity Heritage Library website (http://digitallibrary.amnh.org/dspace/handle/2246/830?show=full). Other projects in the pipeline are a number of recommendations to the International Commission on Zoological Nomenclature to improve the working of its Code. One presently being considered is the limitation of the Code’s official language to English, for efficiency, economy and to avoid ambiguity.

At any one time, the WGAN comprises a globally representative group of experts in avian nomenclature who are appointed by the President of the IOU for four year terms between IOU congresses; all are eligible for re-election. Business is run through a Chair, and is carried out at a formal meeting at each congress and by email between congresses. Approval for any action requiring a vote, such as a recommendation to the International Commission on Zoological Nomenclature, adapts the system used by the Commission. Reports of the Group’s work for each inter-Congress term are placed with the Union’s President and secretariat. Like the SCON before it, the WGAN works as an independent advisory body on nomenclature in ornithology, unaligned with outside interests and answerable only to the International Ornithologists’ Union.

To service its functions, the WGAN is testing a question-and-answer section attached to its forum on the Union website. We urge all ornithologists needing advice or support in nomenclatural matters, to place your case on the Question and Answer section attached to the working group forum, with relevant references and a reply address or to contact the chair of the WGAN directly. We shall deal with your questions promptly.

Dates in brackets are when those members joined:

Consistency of name usage is of utmost importance in communication about bird species, ranging from research, conservation and legal contexts all the way to informal and everyday communication. In birds – more so than in any other animal group – the use of common and vernacular names well outweighs that of scientific names because of the large number of amateur ornithologists using them. In an international context and given that English is the lingua franca of science, it is, therefore, important to have a global consensus on English names to avoid misunderstandings in communication. At the same time, regional and local bird names in a variety of languages are to be encouraged to support local citizen science and culture.

English is the language of international communication. English bird names therefore must serve a dual purpose: they must facilitate global communication while – at the same time – satisfying the communication needs of local and regional English-speaking communities. The two purposes are sometimes at loggerheads. Therefore, a sustainable solution will only be achieved if multiple names are permitted. The IOU is committed to supporting regional and national entities which undertake efforts to capture, document, and standardize the English bird names for their respective regions. For instance, the local names of cosmopolitan bird species may well differ among English-speaking communities in North America, South Africa, the British Isles, South and Southeast Asia, Australia and New Zealand. No region or country should be forced to give up names that have been in long-established local or regional usage at the expense of a prescribed global name.

For academic communication, for example as part of the global taxonomic list of birds currently in preparation, it is important that there is listed at least one unique common English name for each bird species. Technological advances allow such unique names to be cross-listed with all other English or non-English vernacular names. In many databases, users can specify their preferred local variety of English, allowing the respective regional or national names to be displayed in lieu of the unique common English name. In listing English names, the IOU attempts to capture the diversity of name usages that have existed through ornithological history, but at no point passes judgment on the political, societal, cultural, geographic or ecological appropriateness of such names.