As of 10 June 2022, the WGAC Taxonomic group has: Assembled a team, developed a process, implemented a technical tool (GitHub) to post issues, vote on them, summarize decisions, and preserve the process and data so they can be permanently archived as part of the process. We have also completely integrated the draft taxonomy with Avibase in order to easily make comparisons with any published taxonomy and version.

The team started formal voting in February 2021. For the first 7 months it voted on small groups of taxa averaging about 15 decisions per month. Since September 2021, that number climbed to ~33 issues/month. Over the 17 months the team has:

Of the 455 implemented proposals, we have implemented treatment for 625 taxa at the species level or above.

This means that we have finalized our taxonomic treatment across 165 families with 13 more being worked on currently (March, May, and June milestones).

These 178 families cover 5585 species-level taxa that have been finalized, or just over half (50.4%) of the species list for the world. By July 2022, we plan to have tackled a couple of very speciose families, including Thraupidae, which should push us closer to 55%.

These taxonomic assessments are the core part of the WGAC-Taxonomic Group’s work and have included representatives from the IOC World Bird List, BirdLife Taxonomic Working Group, eBird/Clements team, AOS-NACC, AOS-SACC, former members of the Howard and Moore team, and other authorities.

eBird/Clements and IOC have begun adopting WGAC decisions with upcoming revisions of those taxonomies in order to facilitate the full transitioning to WGAC soon after the first public release. BirdLife also plans to adopt many of these decisions, but must move more slowly because of integration with the IUCN Red List and their Data Zone. The proposal and supplement publication process for AOS-NACC has been highly aligned with WGAC, with proposals for most North American WGAC issues being put before the AOS-NACC and upcoming proposals for North American taxa currently being prepared; see for example Trochilidae, Accipitridae, Tytonidae, and Strigidae in this set of proposals, most of which were outgrowths of the WGAC process: https://americanornithology.org/nacc/current-prior-proposals/2022-proposals/

For the IOU roundtable, we will complete work on all the above families and produce a draft (v2) of the taxonomy, although we anticipate needing at least another year to complete the remainder of the taxonomic work in order to assess all taxonomic incongruencies between the three major lists (IOC, BirdLife, and eBird/Clements).

Our draft list, to date, recognizes 2382 genera and 11063 species. This includes all decisions made by WGAC to date, overlaid on the baseline taxonomy of the IOC. Subspecies are not being assessed in detail at this stage, but the list currently includes 19896 subspecies, most in compliance with the IOC taxonomy.

There have been several meetings of the WGAC and there is good progress on the development of the world birdlist database.  A further positive development is that last month the taxonomic team for Birdlife International became participants in WGAC. Paul Donald is their representative and joins both the Executive and Taxonomic Teams of WGAC. 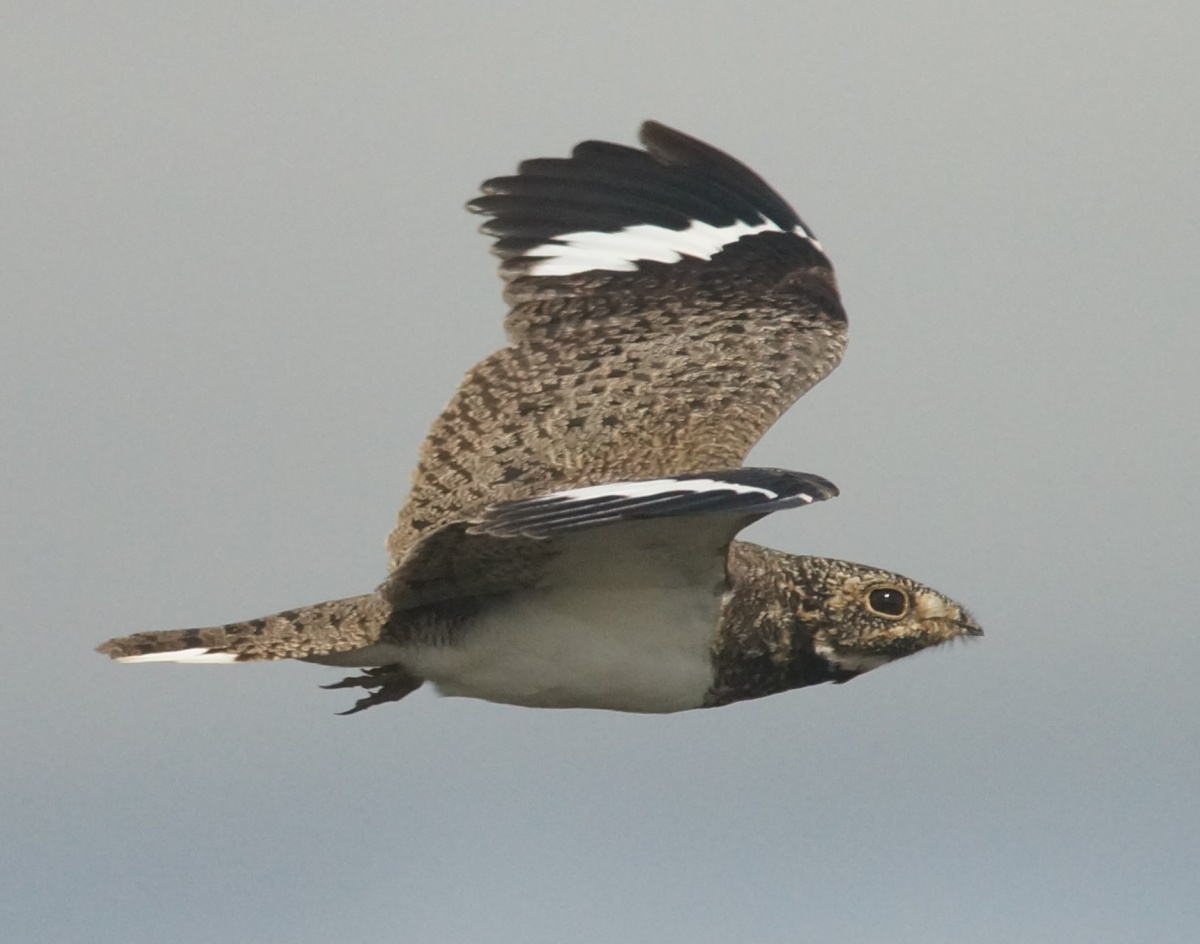 Building on the IOC World Bird List begun by Frank Gill and David Donsker, the International Ornithologists’ Union (IOU) has formed the Working Group on Avian Checklists (WGAC) with a broadened purpose and function. Its primary purpose will be to produce and maintain on the IOU website an open-access global checklist of birds in the mould of the great Peters-Mayr checklist of the 20th century and intended to serve as the benchmark reference for all taxa of the class Aves. Eminent representatives of the international community of professional avian systematists will compile and maintain it.

It will classify the Aves from class to subspecies based on up-to-date, corroborative information on the phylogeny of birds and the differentiation of species and subspecies. It will also provide authors and references to the original description of all taxa of all ranks covered by the International Code of Zoological Nomenclature (ICZN). Type localities for species and subspecies, and type taxa for all ranks from subgenus to superfamily will be specified. Sources for taxonomic and nomenclatural decisions also will be referenced. Although English names for species will be drawn primarily from the IOC World Bird List, modifications to better align with preferences of checklist committees of individual continents, such as the North American Checklist Committee (NACC) and South American Checklist Committee (SACC) will also be incorporated. Geographic distributions will synchronize with those in the Birds of the World project. Ultimately, type data and deposition for species-group names and synonyms are planned for inclusion as well.

For this enormous undertaking, the WGAC will be split into two teams overseen by its Chair. One, the taxonomic team, will be responsible for all classificatory decisions and for the geographical distribution of species-group taxa. To ensure the highest standards and authority, this team will comprise leading avian systematists specializing in different avifaunal regions around the globe. The other team will comprise experienced bibliographers who will provide authors, dates, references to original publications of names, type data and nomenclatural explanations.

Heading the project are Les Christidis, WGAC Chair and former co-editor of the passerine volume of the Howard & Moore Complete Checklist of the Birds of the World edition 4; Frank Rheindt, WGAC deputy chair and ICZN Commissioner; and David Donsker from the IOC World Bird List, who will coordinate the bibliographic entry program. Members of checklist committees of individual continents are also included, such as the NACC and SACC.

Under the direction of Marshall Iliff, eBird project leader, the technical infrastructure, database, and linkages to external digital resources will be coordinated at the Cornell Laboratory of Ornithology, one of the foremost interfaces between ornithological science and the broader ornithological community in the world. The database will be built in collaboration with Denis Lepage, creator of Avibase, and firmly rooted in the adoption of taxonomic concepts. Taxonomic concepts, an organizational structure for taxonomies that already has been applied by Avibase across all major checklists, will not only allow us to better understand differences among existing lists, but also will be used to track future taxon changes over time and ensure that external data resources are accurately linked. Avibase already acts as a repository for much of the information WGAC hopes to maintain and will continue to play a key role in the maintenance of the new global list.

The final checklist will produce more than just a hierarchical list of species and recommended names. It will provide, through its detailed fields and connections to external references, the basic information for all ornithology – professional ornithologists, citizen scientists, conservationists and students – to draw on the full record of diversity of earth’s birdlife.

Consistency of name usage is of utmost importance in communication about bird species, ranging from research, conservation and legal contexts all the way to informal and everyday communication. In birds – more so than in any other animal group – the use of common and vernacular names well outweighs that of scientific names because of the large number of amateur ornithologists using them. In an international context and given that English is the lingua franca of science, it is, therefore, important to have a global consensus on English names to avoid misunderstandings in communication. At the same time, regional and local bird names in a variety of languages are to be encouraged to support local citizen science and culture.

English is the language of international communication. English bird names therefore must serve a dual purpose: they must facilitate global communication while – at the same time – satisfying the communication needs of local and regional English-speaking communities. The two purposes are sometimes at loggerheads. Therefore, a sustainable solution will only be achieved if multiple names are permitted. The IOU is committed to supporting regional and national entities which undertake efforts to capture, document, and standardize the English bird names for their respective regions. For instance, the local names of cosmopolitan bird species may well differ among English-speaking communities in North America, South Africa, the British Isles, South and Southeast Asia, Australia and New Zealand. No region or country should be forced to give up names that have been in long-established local or regional usage at the expense of a prescribed global name.

For academic communication, for example as part of the global taxonomic list of birds currently in preparation, it is important that there is listed at least one unique common English name for each bird species. Technological advances allow such unique names to be cross-listed with all other English or non-English vernacular names. In many databases, users can specify their preferred local variety of English, allowing the respective regional or national names to be displayed in lieu of the unique common English name. In listing English names, the IOU attempts to capture the diversity of name usages that have existed through ornithological history, but at no point passes judgment on the political, societal, cultural, geographic or ecological appropriateness of such names.